skip to main | skip to sidebar

The girl with the awesome surname: 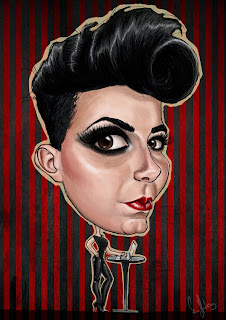 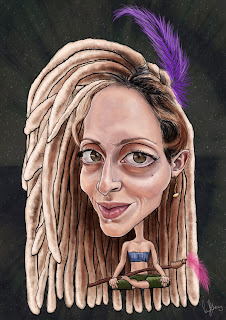 -FarOut
The FarOut is an audio-visual movement and a DJ collective active from 2009., founded and presented by selectors Rea Tas and Theo, also known as members of King Shango soundsystem & Fakin Lunatik art collective founders. 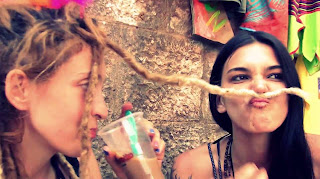 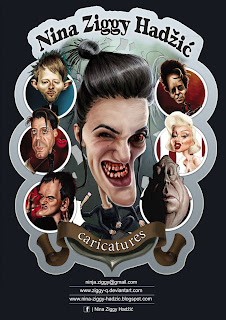 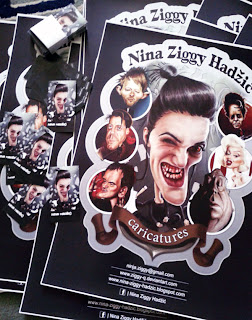 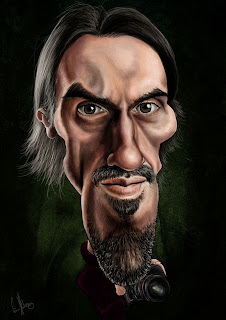 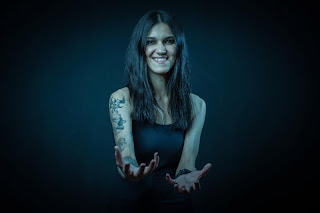 John Ronald Reuel Tolkien (1892-1973) was a major scholar of the English language, specialising in Old and Middle English. Twice Professor of Anglo-Saxon (Old English) at the University of Oxford, he also wrote a number of stories, including most famously The Hobbit (1937) and The Lord of the Rings (1954-1955), which are set in a pre-historic era in an invented version of the world which he called by the Middle English name of Middle-earth. This was peopled by men and women, Elves, Dwarves, Trolls, Orcs (or Goblins) and of course Hobbits. He has regularly been condemned by the Eng. Lit. establishment, with honourable exceptions, but loved by literally millions of readers worldwide.
In the 1960s he was taken up by many members of the nascent "counter-culture" largely because of his concern with environmental issues. In 1997 he came top of three British polls, organised respectively by Channel 4 / Waterstone's, the Folio Society, and SFX, the UK's leading science fiction media magazine, amongst discerning readers asked to vote for the greatest book of the 20th century. Please note also that his name is spelt Tolkien (there is no "Tolkein"). 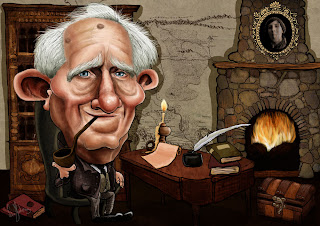 “Faithless is he that says farewell when the road darkens.” 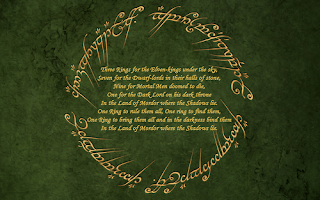 “There is some good in this world, and it’s worth fighting for.”

James R. "Jim" Jarmusch (January 22, 1953) is an American independent film director, screenwriter, actor, producer, editor and composer. Jarmusch has consistently been a major proponent of independent cinema, since the 1980s. 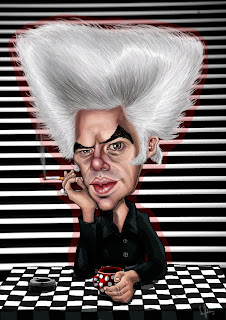 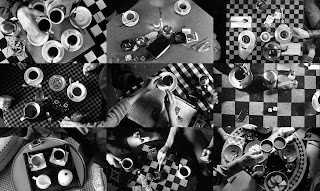 My caricature for the book cover of our very talented and very missed writer Dario Dzamonja. 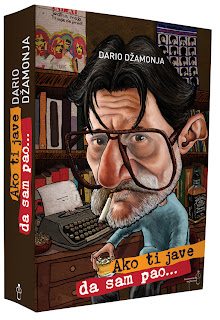 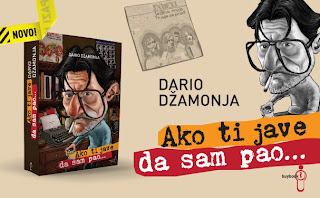 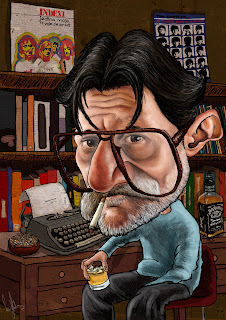 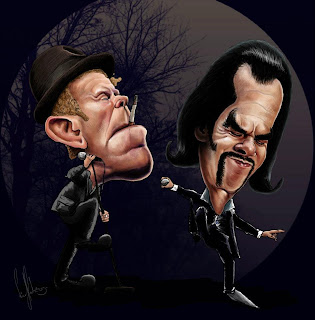 "Eh, this is about all the bad days in the world. I used to have some really bad days. And I kept them in a little box. And one day I threw them out into the yard. Oh, it's just a couple of innocent bad days. Well, we had a big rain... I don't know what it was growing in, but I think we used to put egg shells out there and coffeegrounds too. Don't plant your bad days! They grow into weeks, the weeks grow into months, and before you know it you got yourself a bad year. Take it from me: CHOKE those little bad days! CHOKE 'em down to nothing! There are your days, CHOKE 'em! You choke my days, I'll choke yours! All right... It's more than rain..." T.W. 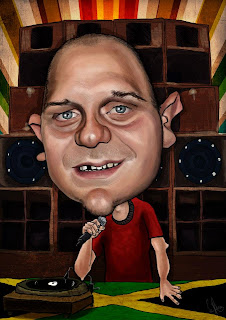 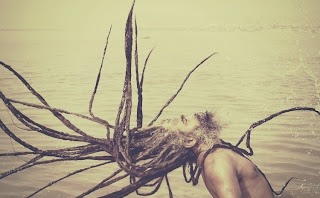 “Painting is the silence of thought and the music of sight.”O.P. 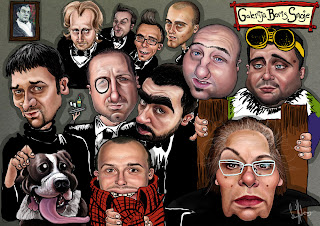 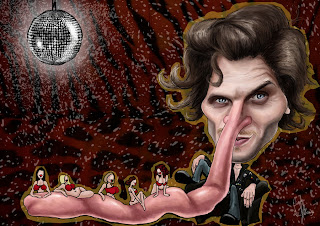 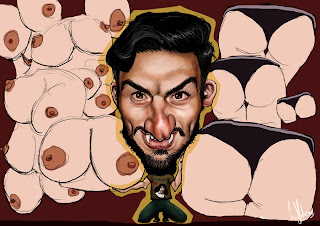 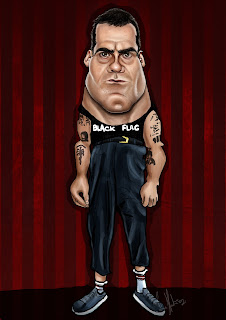 After performing for the short-lived Washington D.C.-based band State of Alert in 1980, Rollins fronted the California hardcore punk band Black Flag from August 1981 until mid-1986. Following the band's breakup, Rollins established the record label and publishing company 2.13.61 to release his spoken word albums, as well as forming the Rollins Band, which toured with a number of lineups from 1987 until 2003, and during 2006.


Since Black Flag disbanded, Rollins has hosted numerous radio shows, such as Harmony in My Head on Indie 103, and television shows such as The Henry Rollins Show, MTV's 120 Minutes, and Jackass. He had a recurring dramatic role in the second season of Sons of Anarchy and has also had roles in several films. Rollins has also campaigned for various political causes in the United States, including promoting LGBT rights, World Hunger Relief, and an end to war in particular, and tours overseas with the United Service Organizations to entertain American troops.

It makes me angry sometimes, it's a visceral thing. How you come to despise your own words in your ears, not because they aren't genuine, but because they are; because you've said them so many times, your 'principles,' your 'ideals,' and so damned little in the world has changed because of them. It’s a mystery to me, we have greed with which we’ve agreed, you think you have to want more than you need until you have it all you won’t be free? Society, you’re a crazy breed, I hope you’re not lonely, without me. Justice? You get justice in the next world. In this one, you have the law. 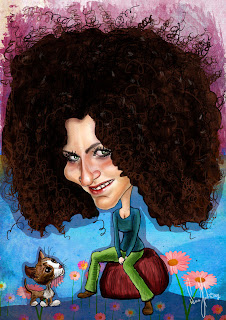 You may be poor, but the one thing nobody can take away from you is the freedom to fuck up your life whatever way you want to.
The human species was given dominion over the earth and took the opportunity to exterminate other species and warm the atmosphere and generally ruin things in its own image, but it paid this price for its privileges: that the finite and specific animal body of this species contained a brain capable of conceiving the infinite and wishing to be infinite itself.
The power of the dead is that we think they see us all the time. The dead have a presence. Is there a level of energy composed solely of the dead? They are also in the ground, of course, asleep and crumbling. Perhaps we are what they dream. There's good in all of us and I think I simply love people too much, so much that it makes me feel too fucking sad.

Rowland Stuart Howard (24 October 1959 – 30 December 2009) was an Australian rock musician, guitarist and songwriter, best known for his work with the post-punk group The Birthday Party and his subsequent solo career. 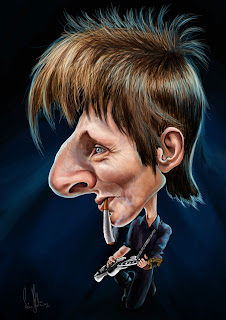 -I'm soaring through outer space
There is no better place
To be...-
''ROCK guitarist Rowland S. Howard dragged himself out of bed on October 29 last year for a gig in his St Kilda neighbourhood.Weighing 60kg, he barely made a bump under the blankets but a dapper suit helped him conceal his swollen abdomen, puffy legs and the rash over his dysfunctional liver. Dosed with anti-nausea medication, he warned the audience of goths and hipsters that he was feeling queasy and could vomit. The signature Lark cigarette that dangled from his lips when he burst on to the ’70s punk scene with Nick Cave in The Boys Next Door was missing. So too was the heroin that had laced his veins on and off until 2004.He swigged from a bottle of Pepsi at the Prince that night, playing his trademark Fender Jaguar, performing songs from his new solo album Pop Crimes as well as classics the fans knew by heart. Standing several feet from the front of the stage, gig reviewer Greg Moskovitch tried to reconcile the room’s thumping mood with the painful signs of Howard’s physical decay.Halfway through the last song, Exit Everything, he noticed something spill from Howard’s lips. He thought it was sweat or saliva. But when Howard wiped his mouth his fingers were covered in blood; it dripped on to the microphone and down to the floor. “I’m not sure if I’ve ever knowingly been this close to a dying man,” Moskovitch later recounted in an article lauding this gaunt, talented, underappreciated songwriter, who like it or not had made heroin chic. Eight weeks later, on December 30, Howard let go of life. He was 50.''
Posted by ziggy at 3:58 PM 2 comments:

Blogs that I love:

Promote Your Page Too